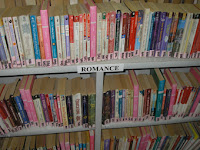 A HUGE shipment of over 500 Harlequin / Mills and Boons Romances have just arrived. We'd like to thank Barbara's Books of Manukau City, Auckland, New Zealand, for the huge price discount and the additional gift of 100 free books.

The library wishes to thank Brian Mason for covering the airfreight costs.

This genre is the most read by local Cook Islands women.
No comments: 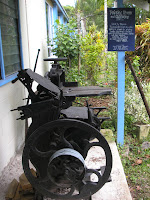 This printing press and guillotine were brought to Rarotonga in the mid-1800s by LMS missionaries for publication of church newsletters and the first Cook Islands Maori language Bible.
These were salvaged from outdoors in 2000. The Society built an extension on the library verandah specifically to house the press and guillotine.
No comments:

The Library and Museum is staffed by 2 fulltime staff and several volunteers. We are very appreciative of their time, services and skills. Anyone wishing to volunteer would be most welcome.
No comments: 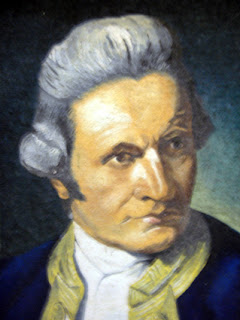 This is an oil on canvas painting based on the famous portrait of Captain James Cook R.N.
by Nathaniel Dance. Purchased by the Minister of Tourism of the Cook Islands, Hon. Tupuiariki Henry in 1972, it used to be housed in the conference room at the Prime Minister's office.
In the late 1980s it was gifted to the Library and Museum Society.

It was painted by Ray Penman, 'weekend artist' (which the NZ Women's Weekly called him in a 1972 article), late of Auckland, New Zealand. 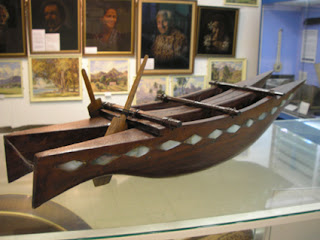 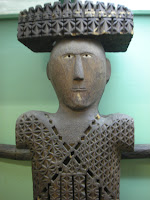 This unique carving from Mangaia called "Rangi: The Master of Tranquility" is part of the famous British collector William Oldman's collection, most of which was acquired by the NZ Government in 1947.
The carving, which is constructed from coconut wood, was returned to the Cook Islands in 1988.

What is unusual about it is the fact it is a slit gong (pate in Maori), but it could never be used as a drum as coconut wood is too fragile.
No comments:

The Library has the best collection of rare Cook Islands books and documents in the country. Anyone who wants to use the collection must register as a member and pay the membership fee.

We also have a huge collection of archival photographs of the Cook Islands.
No comments: 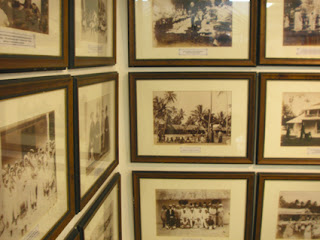 The museum has on permanent display, a collection of historic photographs of the Cook Islands, taken in 1903, by a visiting NZ Parliamentary delegation headed by Hon.C.H. Mills.

This collection was funded for exhibition by the Cook Islands NZ High Commissioner's office, in 2005.

The Society has more historic photos preserved in albums in the library archives.
No comments: 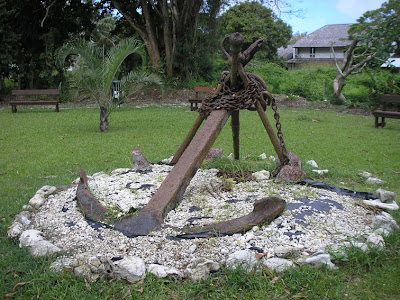 This large anchor now located in the Peace Garden came from the S.S. Maitai which was wrecked on the reef at Avarua during Christmas Eve 1916.
No comments:

The mural "Voyages" painted on the eastern library wall in 2005, by a visiting British artist, depicts famous iconic images from legends and history of the Cook Islands and took 8 months to complete. 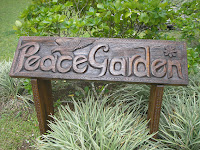 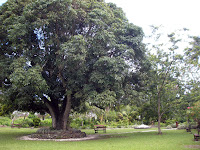 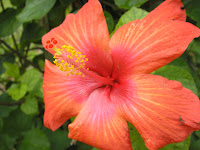 In the 1960s our grounds used to be the first botanical garden on Rarotonga. Now they have been turned into the Peace Garden, and are open year-round for everyone to enjoy Free-of-charge.

About the Library and Museum 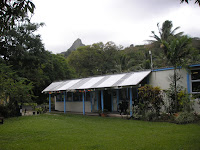 The Library and Museum Society was established in 1964. It houses the most extensive range in the Cook Islands of rare books and authentic museum artifacts.

Pictured: Front view of the Library and Museum building entrance with 2 of the tallest mountains in Rarotonga in the background: Ikurangi and Te Manga.
No comments:
Newer Posts Home
Subscribe to: Posts (Atom)